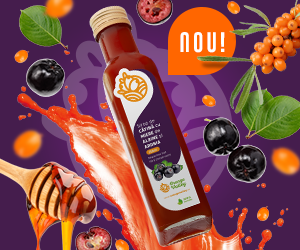 I present the Saint Ana lake, which is a volcanic lake, being the only such lake on the entire territory of Romania.
The lake is set on the bottom of the crater of a quenched volcano called Ciomatu, from the Puciosu volcanic massif, the site of the latest volcanic eruption in the Carpathians and Eastern Europe, which took place several tens of thousands of years ago.
Lake St. Ana is a complex natural, geological, floristry and fauna reservation, being linked to the Tușnad Baths by tourist trails.
Near the lake there is a Roman Catholic chapel dedicated to St. Ana.
Tourists coming to St. Ana’s Lake do not need meteorologists’ forecasts to find out what the weather will be like, with an empirical but accurate method offered by the volcanic mountain: the two cracks formed in the mountains that predate the weather.
The locals know that “If the emanations from the cracks hit the nose, then it is a sign of the storm, and if not, the day will be sunny, just right for hiking.”

I invite you to visit this lake and enjoy a boat ride on the lake, and for more details you can find it here.
I sincerely recommend you to visit Sighișoara Lake to reach Sighișoara, where you will see the beauties of this historic city and you will be spoiled at the spa at the hotel where I invite you to stay for your stay.

What to visit in Sighișoara?
I recommend you to go to every tower of Sighișoara, each one has its history and its value. Sighișoara has 9 towers. Due to its remarkable architecture, dominant position and geographical ambiance, the city has been surnamed since the late 19th century “Pearl of Transylvania”.
The Covered Staircase has 176 steps and is at the end of the School Street (the most important one in Sighișoara). The stairs were built after 1642 by 6 (for 6 working days of the week, the 7th being for rest). You can climb to reach the Church of the Hill and Joseph Haltrich High School.

Breite Nature Reserve, unique place in Europe, with the largest collection of multi-secular oaks in the area. More than 650 multi seed trees are here and more than one hundred vertebrate species, mostly protected by law. The Reserve, the best-preserved habitat of meadows and oaks, multi-seas, in central and eastern Europe, is 4 km from Sighișoara to Medias (a forest road that goes up to the plateau – 2 km)
The Stag House, one of the oldest buildings in the city, with a special architecture. The exterior wall painting depicts a deer in natural size. Currently, it brings together a restaurant and a hotel.

Where to live when you arrive in Sighisoara?
I recommend you to stay at the Double Tree by Hilton Sighișoara Cavaler ****, which includes spa pampering, including the swimming pool, as well as the Don Quixote’s restaurant with delicacies and beverages.
What services does this hotel have?

The offers and other details of these spoofing services can be found here.

If these informations was valuable and useful for you, let me know in the comments section bellow if you was there or if you will go there and I appreciate from you to know your travel experience to Sighișoara. Also, is always friendly and nice to share the news you discovered everyday.

Take Care of You!

I am from Romania, Europe. I am a visionary, I love to bring ideas to life everyday. My passions are Tourism, marketing, leadership, entrepreneurship, music, art and other. My favourite quote is "If you wanna make the world a better place, take a look at yourself and make that change." View more posts

3 thoughts on “Travel to these destinations and pamper you at SPA!”